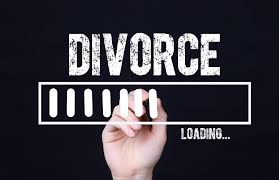 Divorce – Scholarly Evidence – As I study the issue of divorce and Christian service it becomes more clear that this sensitive issue needs attention on a grand scale in our churches. Why? Because the calling of God upon the life of many men has become an unstudied issue for pastors and deacon boards. Thus, the spiritual lives of qualified saints are touted as laughable and without credibility. Shameful!

The following information is in addition to the 12 posts available on my blog. Please, allow God to give you the opportunity to study this life-altering and potentially discrediting issue for many men bearing the burden of God’s call.

The qualification “the husband of one wife” (1 Tim. 3:2; Tit. 1:6) has been understood in different ways. Some people have thought that it excludes from the office of elder men who have been divorced and have then married someone else since they have then been the husband of two wives. But this does not seem to be a correct understanding of these verses.

A better interpretation is that Paul was prohibiting a polygamist (a man who presently has more than one wife) from being an elder. Several reasons support this view:

(2) Paul could have said “having been married only once” if he had wanted to, but he did not.

(3) We should not prevent remarried widowers from being elders, but that would be necessary if we take the phrase to mean “having been married only once.” The qualifications for elders are all based on a man’s moral and spiritual character, and there is nothing in Scripture to suggest that a man who remarried after his wife had died has lower moral or spiritual qualifications.

(4) Polygamy was possible in the first century. Although it was not common, polygamy was practiced, especially among the Jews. The Jewish historian Josephus says, “For it is an ancestral custom of ours to have several wives at the same time.” The rabbinic legislation also regulated inheritance customs and other aspects of polygamy.

Therefore it is best to understand “the husband of one wife” to prohibit a polygamist from holding the office of elder. The verses say nothing about divorce and remarriage with respect to qualifications for church office.

One of the clearest testimonies of the characteristics/ attributes of “The 21 Qualifications of Elders” Here is an excerpt:

2. HUSBAND OF ONE WIFE. (1 Tim. 3:2; Titus 1:6) The Greek words, which we translate as “the husband of one wife,” speak to the subject of fidelity in marriage, not marital status. Directly rendered, the Greek phrase says “a one-woman man.” If married, the elder must be absolutely committed to his wife. Famed Southern Baptist Seminary professor and linguist A. T. Robertson, John MacArthur, J. Vernon McGee, and Charles Swindoll, agree this phrase addresses the issues of polygamy or fidelity in marriage, not divorce. Among the other biblical experts agreeing with the view are, Drs. Ed Glasscock, Fritz Rienecker, Albert Barnes and Eric Titus.

However, we should not assume from this that divorce is inconsequential or insignificant. Jesus sternly warned His followers to avoid divorce. When selecting an elder or deacon, a divorce should be seen as a “red flag” in the candidate’s past. Since an elder must be a good steward of his family, a recent divorce disqualifies a man from serving as an elder. However, divorce is not an unpardonable sin.

For example, a man may have divorced many years ago. Since then, he may have remarried and lived an exemplary and mature Christian life. This man may now enjoy a godly marriage, raising children who love the Lord. When we take this man’s total life experience into consideration, the divorce should not disqualify him from consideration as an elder or deacon.

However, if the divorce was recent, or if there is any question about his relationship with his wife or leadership of his family, the man must not be considered for appointment.

D.A. Carson is one of the most credible scholars around, in my book. Below are his comments on the husband of one wife. This is from his remarks on elder qualifications, the rest of which may also be of interest, and can be read online. I thought his comments on polygamy going hand in hand with prestigious people in power positions in the world were very insightful, and a possible explanation for why Paul would make the point that polygamy disqualifies from leadership in the church.

Second, he must be “the husband of but one wife.” In some ways that is the most difficult or disputed qualification on the list. It has been variously interpreted. Some think it means that this man must be married—that he must be a husband. That interpretation is highly unlikely. It is clear that Paul wasn’t married, at least at this point in his life, and certainly, the Lord Jesus was never married. In 1 Corinthians 7, Paul acknowledges that there are certain advantages to being single in the ministry. I was single when I was the senior pastor of a church on the west coast of Canada, and there were all kinds of advantages to that. There were some disadvantages too. But there were some wonderful advantages in terms of the hours I put in, evening visitation calls when I could get people at home. So there are advantages to being single in the ministry, and singleness should not be despised. It is highly unlikely that this text, therefore, stipulates that an elder be married. Some people think this verse suggests that the elder/pastor/overseer is forbidden to remarry, if, for instance, his first wife dies: he must be the husband of only one wife, this interpretation would have it, no matter how long he or she lives. Again, that is unlikely. In Romans 7, Paul insists that there is nothing dishonorable about remarrying, marrying a Christian spouse the second time around, after the first one has died. Certainly, he gives no hint that such a step is unthinkable in the case of an elder.

Some believe this verse teaches that an elder cannot be a divorcé who has remarried. The Bible certainly warns against divorce in many ways. But it is also very important not to make divorce the worst sin on the horizon, the unforgivable sin, the sin against the Holy Spirit. Some have tried to impose a prohibition against anyone becoming a minister of the gospel who has ever been divorced at any time in his life. So he might have been a murderer, and then paid his debt to society, got out of prison and been converted and become a minister of the gospel. But if he’s been divorced, he can’t enter the ministry—which somehow projects an image of divorce as the unforgivable sin. Where divorce does disqualify a person from ministry, it seems to me, is bound up with a category we’ve already discussed: an elder “must be blameless.” It’s a credibility issue; or, again, a little further on, “he must be able to govern his own house well.” You worry about someone whose life has cracked up in his marriage, and then three months later, he feels he’s qualified to be back in ministry. He has repented, after all, and the gospel is all about forgiveness, isn’t it? Clearly, the Bible has something more stringent to say than that. Divorce is not the ultimate sin, nor is it the unforgivable sin, yet it may disqualify a person for ministry precisely because it destroys so much of a person’s credibility, it destroys so much of his believability. There is more I could say, but divorce simply is not what this qualification is about.

Some people interpret this verse to mean that an elder must not be a polygamist; that is, not somebody who is married to two or more wives. What people object to about this interpretation is that no one in the Christian church was married to two or three wives, so why should it be stipulated at all? Moreover, it is argued, that in the first century, polygamy wasn’t all that common. Why then do you have to stipulate this particular thing? But it can be shown that there was more polygamy in the first century than some people think, especially in the strata of society where people felt above the common rule. Herod the Great had ten wives. Now, he didn’t have them all at once because he murdered two of them, but he had several at a time. Both in the aristocracy and in the borderlands of the Empire—places like Lystra—polygamy was not all that uncommon. If you go to Africa today, you discover that in some tribes polygamy is still not all that uncommon. The more power you have—if you are the chief, for instance—the more likely it is that you have a plurality of wives. The number of wives is connected with your public persona; it’s almost bound up with the office, so if you’re a chief, you’re likely to have four or five wives. For a start, you can afford them. In such a culture, polygamy almost seems to be a kind of leadership qualification. But in the church, it’s the reverse: polygamy disqualifies you for leadership.

Suppose a Christian witness moves into one of these tribes today, and large numbers of the tribe, including the chief, become Christians. Does the chief of the tribe become chief of the local church? Not according to Paul; that is precisely what is ruled out. Just because you are chief in the secular world doesn’t mean you are automatically entitled to be chief in the local church. In a derivative sense, that is where the rubber hits the road for us, too. You sometimes find that in a high-flying church, whose members include a lot of middle-level and senior-level executives, it is simply assumed that because these people are leaders in the larger culture, they should be leaders in the local church. Sometimes the people who think that most strongly are the high-flyers themselves. Such people, it must be said, can on occasion be right pains in the local church. The fact of the matter is that if they do not meet the requirements set out by the Scriptures, then regardless of their impressive credentials outside the church, they do not have the right to be elders/pastors/overseers within the church. So far as the precise matter Paul treats here is concerned—the matter of polygamy—polygamists are simply ruled out. One of the reasons is that, in the Bible, marriage is presented not only as a social institution but a model, a “type,” of the relationship between Christ and his “bride,” the church—and Christ does not have many brides, many churches. Marriage is a type of relationship between Christ and his people, the church. So there is something to be modeled about Christ and the church by husband and wife, and thus by a marriage structure characterized not only by fidelity and integrity but also by monogamy. In any case, Paul rules out the polygamist from being pastor/overseer/elder