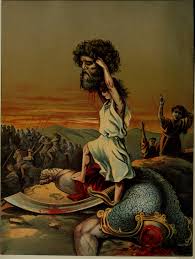 Crucially needed thought for the day

Compare this epitaph with the epitaph of other Kings. It is way passed time to stop focusing on David’s sin.

David was an ancestor of Jesus Christ, the Messiah, who was often called “Son of David.” Perhaps David’s greatest accomplishment was to be called a man after God’s own heart by God himself.