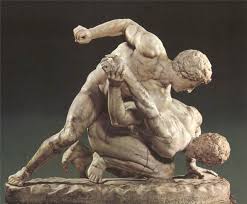 Although we approach spiritual battles and wars using various battle plans, God knows our every need. Ultimately, we decide to utilize the necessary tools to gain victory during our spiritual battle. God in His infinite wisdom allows the battles to rage with a victory as the expected result. The battles, wars, victories and sometimes failures are designed to bring us forth purer than gold. God is the Great Promise Keeper and owes no man anything. He will offer victory at the end of the trial; however, we must be willing to comply with His battle plan.

Ephesians 6:12 tells us,“For we wrestle not against flesh and blood, but against principalities, against powers, against the rulers of the darkness of this world, against spiritual wickedness in high places.”

It is a fact and evidence of salvation that spiritual warfare must rage in a Christian’s life. Pleasant the warfare isn’t — but necessary it is!

As we wrestle, we gain strength and stamina for the next battle which provides evidence to the assailant that he battles a worthy opponent, because of Christ. Furthermore, intentionally wrestle the darkness and there is the fear of losing your way in the darkness. The wickedness that is both physical and spiritual is not to be toyed with but approached with the leadership from the Captain of our Salvation. According to Ephesians 6:13 victory is available if we follow God’s battle plan. “Wherefore take unto you the whole armour of God, that ye may be able to withstand in the evil day, and having done all, to stand.”