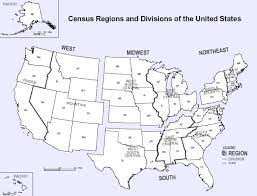 Census as defined by Websters

“In the United States of America, an-enumeration of the inhabitants of all the States, taken by order of the Congress, to furnish the rule of apportioning the representation among the States, and the number of representatives to which each State is entitled in the Congress; also, an enumeration of the inhabitants of a State, taken by order of its legislature.”

An enumeration is the act of counting or telling a number, by naming each particular.

There are 435 reps in the U.S. House, and each of whom is tasked with representing the bodies in their districts (they don’t)

So, a census, in its purest form and intent, is an opportunity to accurately count the LEGAL citizens. But we know, because our system is corrupt, that the census is far more of an intrusion than we consider. If our Reps (by the way, they work for us and are not our leaders), would dig up some integrity coupled with the desire to do RIGHT by the Constitution and the people they serve —– wait for it—– they would ensure only bodies were counted.

But no! Therefore, every social classing opportunity is used to devalue our citizens. How?  By categorizing us based on the discrimination code we hold so dearly, that is, the golden calf of let’s make our country a better place — here it is, reverse discrimination at its best ——————-drum roll

The point is this, the census bureau doesn’t need to know the color of our skin, ethnicity, marital status, income, sexual orientation, etc. The only information needed to achieve a fair census is how many LEGAL CITIZENS are in the household. Period!

A fair enumeration along with equitably plotted representation will make our country stronger and without needed bias.

The system, as it stands now, creates division, racism (doesn’t exist) and hatred among the citizenry. Furthermore, our already corrupt system becomes more corrupt with increased opportunity to discriminate because of unneeded census information.

Apparently, the Reps can’t do their job, in their assigned district, with only a simple enumeration. Therefore, their purpose is tainted and of no use to us.