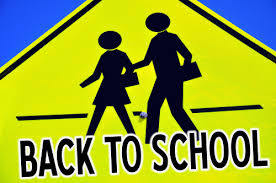 Public Ed – PUBLIC EDUCATION: Many parents think of the public-school teachers as their especially trained representatives in educating their children. That is not at all how the educational establishment thinks of itself. They see themselves as a special class of sacred priests whose job it is to train children in the principles of liberalism and socialism. There are exceptions but they are small in number.

As a result, they see themselves as having a superior role to parents and as not accountable to anyone. The President, many governors and many mayors tremble at the thought of the wrath of the teachers’ unions. Hey, think the FBI should be called to deal with any parents that do not recognize the special class of the educational establishment.

This system cannot be reformed. It was corrupt from the beginning and has just gotten worse and worse. Only a mass exodus from the public schools can solve the problem. Evangelist Dr. Phil Stringer, Mundelein, Illinois