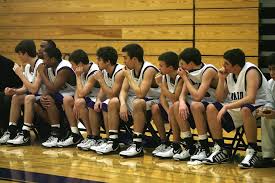 A few years ago I was talking to a Pastor about divorce and the Pastorate. It’s important to note that most Baptists know very little about divorce. -Self-righteousness and Grace-

Anyway, I asked him if a man that was divorced before Salvation would be “qualified” to Pastor after Salvation. Before going on, let me clarify, most Baptists use the word qualification to denote the Pastoral instruction found in Timothy and Titus. Many years ago I heard a preacher refer to those “qualifications” as characteristics and attributes. These words make more sense than the word qualification. I encourage studying these words.

So, back to the conversation with the Pastor, I was shocked to hear the Pastor say that the man divorced before Salvation is NOT “qualified” to be a Pastor. It is imperative to emphasize that his answer is the most arrogant, overbearing, and self-centered, unscriptural, and spiritually immature piece of teaching to ever cross the lips of any Pastor I’ve known. –Self-Righteousness- He does not believe 2 Corinthians 5:17 “Therefore if any man be in Christ, he is a new creature: old things are passed away; behold, all things are become new.”

Frankly, this teaching is a slap to the face of Christ and the atonement provided through grace and mercy. His answer is assuredly teaching of limited atonement.

This type of unscriptural doctrine is the very reason that the Galatians 6:1 Ministry is vital.

Pastors, teachers, or evangelists that teach such heresy have self-appointed themselves as the champions of all things spiritual. -Self-Righteousness- A divorcee has no hope of making his calling sure, according to such teaching. For many Baptist Pastors, they can give themselves a free pass on all the “qualifications” as long as they are not divorced. -Self-Righteousness- By the way, neither Timothy nor Titus mentions divorce in the “qualifications.” Besides, who says divorce is sin? God didn’t mention divorce in Timothy and Titus. Of course, divorce is mentioned many times before these “qualifications.”

Furthermore, there are no men in the Pastorate today that have successfully mastered the “qualifications” without error. That being the case and by the teaching of the Baptists, then no man is “qualified” to be a Pastor. The point of the attributes and characteristics in Timothy and Titus is to ensure that the instruction is adhered to and when one gets out of line, it’s time to step away and fix the problem. Upon fixing the issue step back into the Pastorate. Now, if the Pastor, Evangelist, Missionary, etc. finds themselves in a situation of habitual violation of the attributes and characteristics, maybe it’s time to step away permanently.

Galatians 6:3 “For if a man think himself to be something, when he is nothing, he deceiveth himself.”

Romans 12:3 “For I say, through the grace given unto me, to every man that is among you, not to think of himself more highly than he ought to think; but to think soberly, according as God hath dealt to every man the measure of faith.”

Unfortunately, the Pastor mentioned at the beginning of this blog believes that his call to the Pastorate is credible. Says who? We can only trust that what he says is true and of God, right? Or is it because a deacon board or ordination council deemed him credible and his call to the Pastorate was indeed legit. There’s a Greek word for that, hogwash! When are Baptists going to stop kicking people to the spiritual curb? -Self-Righteousness-

Jeremiah 1:5 “Before I formed thee in the belly I knew thee; and before thou camest forth out of the womb I sanctified thee, and I ordained thee a prophet unto the nations.” Jeremiah was set apart and appointed by God, not man.

Yep, you may have guessed by now, I’m divorced. There isn’t a Baptist Preacher during the past 20 years that has given me a moment of encouragement or training. Why? Because of the “Baptist Institution,” my call is not valid as it is tainted by divorce. There is not one verse to support the illegitimate teaching being forced down the spiritual throats of church members. Oh, food for thought, I was one of those -Self-Righteous- church members that looked down my nose at divorcees in the church. SHAME ON ME!

Now, I have a burden to see spiritual restoration, with meekness, visit the lives of those discarded as spiritual trash.

The Holy Spirit must draw a person to understanding and wisdom. Thus, this next section is offered for just that purpose. Allow the Holy Spirit to draw you to the Grace and Mercy provided by God’s dear Son, Jesus. Grace and Mercy are inseparable and all inclusionary for the saint and the sinner. That is for the saved and the unsaved.

We as Baptists must strive harder at becoming all inclusionary while balancing the Fundamentals of the Faith, preference, and opinion. All in all, without compromise, so study to shew thyself approved!

You are valuable to God

No matter what you have been told by another brother or sister in Christ or church leadership, according to God’s Word, you are valuable. You are credible, usable, and restorable.

Philippians 1:6 is still true today! “Being confident of this very thing, that he which hath begun a good work in you will perform it until the day of Jesus Christ:”

Galatians 6:10 “As we have therefore opportunity, let us do good unto all men, especially unto them who are of the household of faith.”

The Necessity of a Watchman